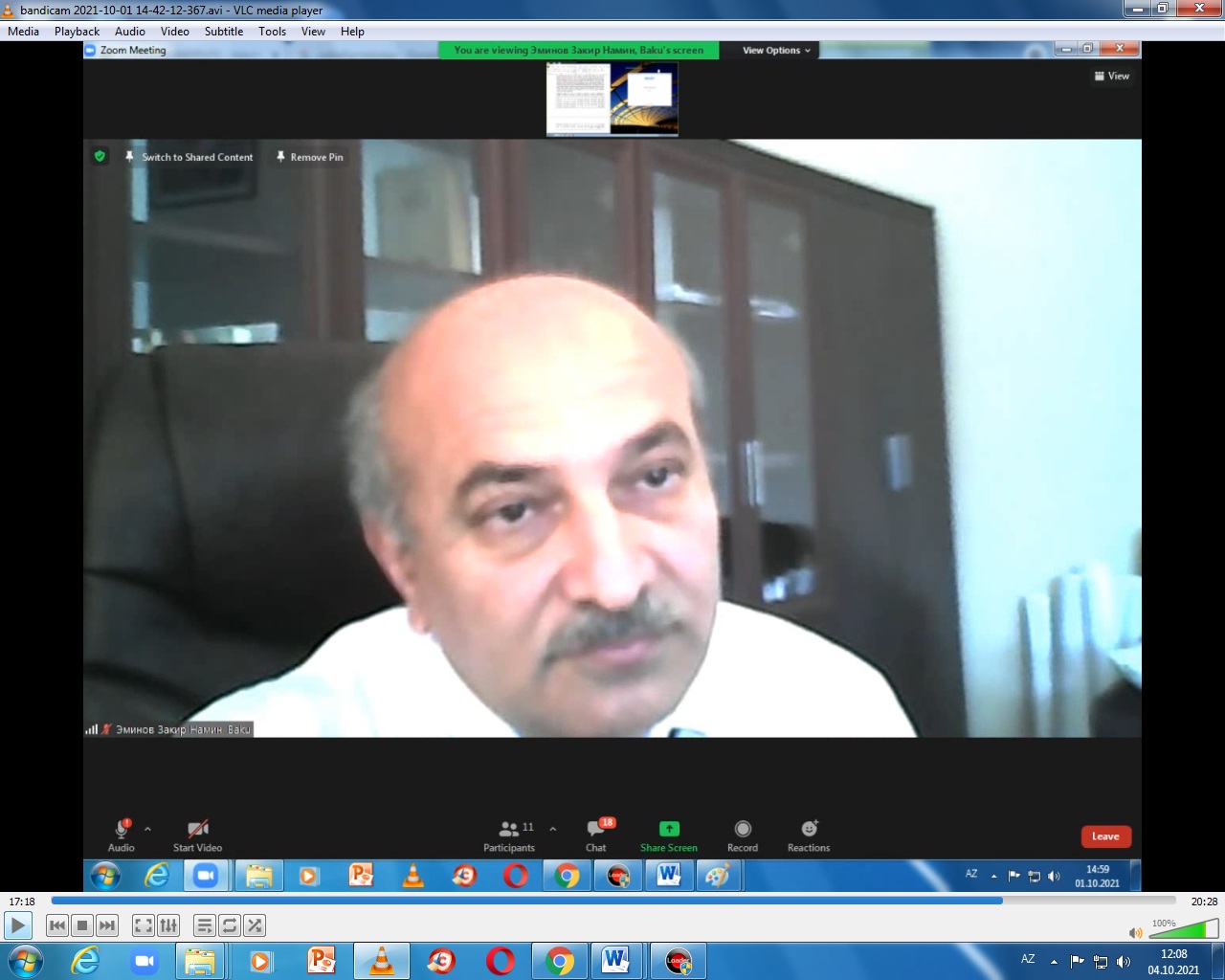 Geographers made presentations on demography at the international forum Oct 04, 2021 | 12:10 / IMPORTANT EVENTS

General Director of the Institute of Geography, Doctor of Geography Zakir Eminov took part in the international forum "Demography and Global Challenges", which was held in Voronezh, Russia, from September 30 to October 4.

The article analyzes the current situation on the basis of statistical data and provides useful recommendations for solving problems and regulating population settlement in the country.

Employees of the department of demography and geography of the population of the institute were sent to Voronezh to participate in the forum, - senior researcher, Ph.D. Etibar Badalov

spoke on the topic "Areal differenciation of demographic processes in urban areas of the Republic of Azerbaijan", and junior researcher Baimkhanym Huseynova in English language (Influence of natural and socio-economic factors on the distribution of the population in the northern regions of Azerbaijan example, Sheki-Zagatala economic-geographical region) made presentations.

Other researchers of the institute participated in the online forum: Emil Dzhabrailov with the report "Population distribution in the vicinity of the Shahdag National Park" and Turan Huseynov - "Influence of demographic indicators on the quality of life in the natural region of the Greater Caucasus in the Republic of Azerbaijan", and doctoral student Zeinab Mirzaeva spoke about " Features of the demographic development of Baku and their impact on settlement".