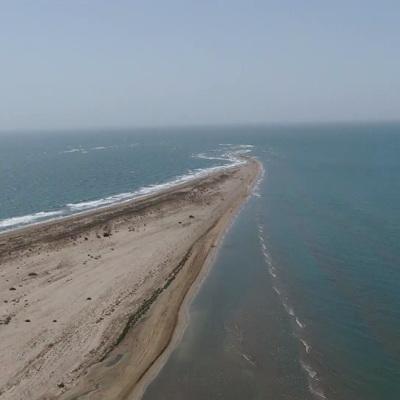 Geographic scientist is optimistic about the reduction of the Caspian Sea Sep 08, 2022 | 11:09 / IMPORTANT EVENTS

Interview with the head of the department "Geomorphology of the shores and bottom of the Caspian Sea" of the Institute of Geography. academician H. Aliyev, doctor of geographical sciences, professor Amir Aliyev to the Russian channel "Russia 1" was reflected in the news of the weekly "Vesti Nedeli", in the story "When the Caspian returns."
It is reported the Caspian Sea is rapidly shrinking due to global climate change. Dozens of kilometers of the former seabed have turned into a dry surface under the hot sun. According to forecasts, by the end of this century, the Caspian Sea may become shallow by 9 and even 18 meters. This means that the reservoir will lose 34% of its area. This is a big problem for all countries with access to the sea, and Azerbaijan, Kazakhstan, Iran, Russia, Turkmenistan will have to solve it together.
Azerbaijani scientist A. Aliyev said that the change in the level of the Caspian Sea is periodic. For about 200-250 years, the level rises and falls at the same time. The last high level was noted in 1800. From this point on, the level gradually decreases. Part of the Naryn-Gala fortress in Derbend is now under water. This means that the level of the Caspian Sea was much lower in the Middle Ages. But the Maiden Tower in Baku, on the contrary, rises in the center of the city. Although several centuries ago it was washed by the sea. Natural cycles are his natural breathing.
According to the optimistic scholar, a rise is expected in about 10-15 years, and "the return of the Caspian Sea will be seen by the younger generation of Azerbaijanis."