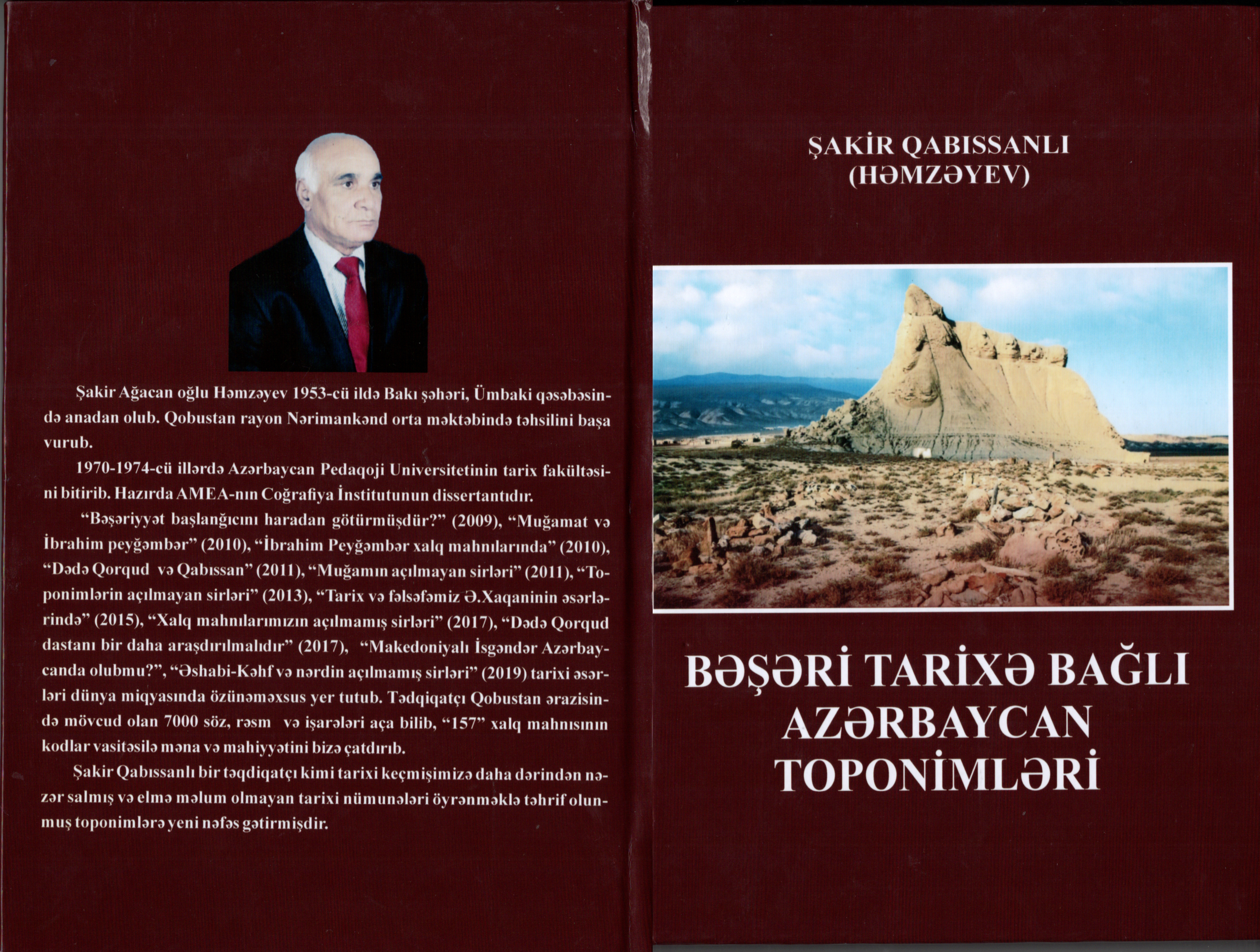 Shakir Gabissanli, doctoral student at the Institute of Geography named after Academician H.A. Aliyev of ANAS, a tireless researcher of rock paintings and ancient carpets, who stood out among toponymic researchers of the Turkic world with his original approach, published a new book "Azerbaijani toponyms associated with the history of humanity".

The book was published by the decision of the Academic Councils of the Institutes of Geography after acad. H.A. Aliyev of ANAS and Folklores. The scientific editor of the work is the head of the department of the Institute of Geography, Doctor of Philosophy in geography, Associate Professor Zaur Imrani.

In his book, the author reveals toponyms associated with the primary sources of human history with its different approaches, and emphasizes their connection with Azerbaijan. He tries to prove on a religious and scientific basis that the toponyms associated with Adam, the prophet, Noah refer to Azerbaijan. In addition to demonstrating the connection of the areas of toponyms with the world and Azerbaijan, the author confirms with historical facts the beginning of the linguistic, philosophical and historical impulse from Azerbaijan. On the other hand, the factors of falsification of ancient toponyms related to Azerbaijan have been identified, the mythological and philosophical meanings of ancient historical names have been restored. The connection of many toponyms with carpet symbols, which are considered a civilized continuation of the rock paintings of Gobustan, the first petroglyphs in the world, is logically emphasized. In conclusion, the author underlines the need for a historical and philosophical revision of Azerbaijani toponyms, emphasizing the historical importance of replacing the name Gobustan with the name Gabissan.