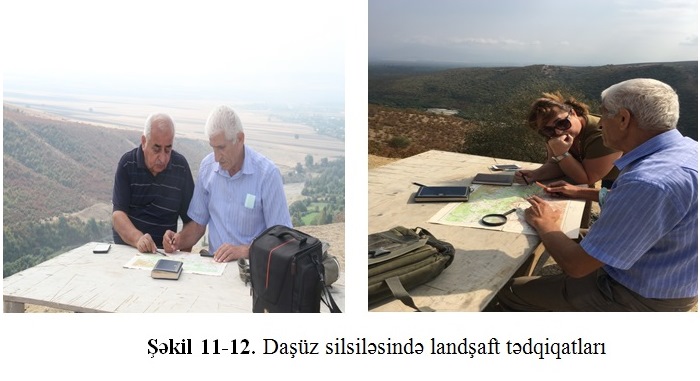 Our scientists have studied the effects of climate change in Acinohur Oct 03, 2021 | 01:10 / IMPORTANT EVENTS

The Institute of Geography named after Academician H.A. Aliyev of ANAS under the leadership of Ph.D. Mirnuh Ismayilov, head of the Department of Landscape and Landscape Planning, Associate Professor, Ph.D. Doctors, associate professors Saida Zeynalova and Museyib Yunusov conducted research in the area of Acinohur foothills from 24 to 27 September.

change. During the study, experts observed that in recent years, the process of drought in the area has accelerated, a number of lakes have completely dried up, the water level in rivers has dropped sharply and other environmental problems have emerged.

According to experts, Acinohur, the largest lake in the area, has been almost completely dry in the summer for the past 5-6 years due to climate change. The water layer of 20-30 cm observed during the study is estimated to be the result of two days of intense rainfall. In summer, the bottom of the lake was completely dry.

In August 2015, scientists surveying the area observed that only 4/1 of the lake dried up during that period, and that a large number of flamingos floated in the lake and nested there. At present, from conversations with the population, the researchers found that these birds have not been seen in the area in recent years, and due to the dry weather, there have been major problems in economic activities in the surrounding areas.

Scientists consider it more expedient to plant drought-resistant pistachio orchards (chewing gum), which do not require irrigation, instead of large orchards of walnut, olive, almond and apple trees, which were recently planted in the foothills of Acinohur.

The research was continued in the ecosystems formed along the valleys and banks of the Vendam River. Researchers studying the landscape dynamics of the area observed the processes of disruption in the structure of landscapes. They assessed the impact of the construction of the Yengija reservoir, which is planned to be built in the Vendam river gorge, on the surrounding ecosystems. Scientists predict that the destruction of more than 130 hectares of forest during construction will lead to major changes in the structure of floodplains and surrounding landscapes.