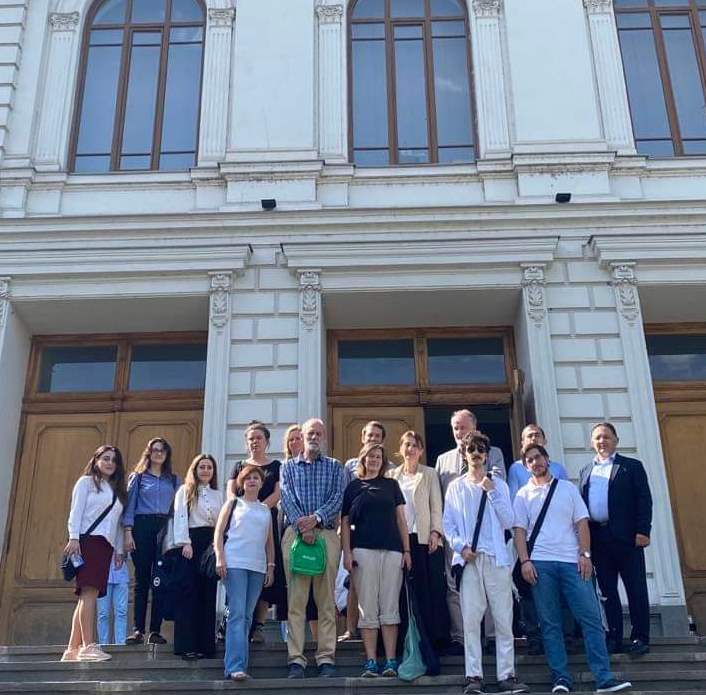 The delegation of the Institute of Geography named after Academician H.A.Aliyev took part in the Summer School, on the topic "GIS-based solutions for ecological peacebuilding in the South Caucasus", organized in Tbilisi, the capital of Georgia, from September 19 to 25.

The school was organized with the support of the German Academic Exchange Service (DAAD) with the aim of establishing cooperation and deepening scientific ties between young specialists from the countries of the South Caucasus. The summer school was attended by students, graduate students, dissertators, masters and bachelors of the University of Giessen named after Justus Liebiks, Tbilisi State University named after Ivane Javakhishvili and the Institute of Geography named after academician H.A. Aliyev.

The delegation of Azerbaijan was headed by Leading Researcher of the Department of Landscape Research and Landscape Planning of the Institute of Geography, Associate Professor Elina Kerimova, Head of the Department of Geography of Tourism and Recreation, Associate Professor Zaur Imrani, dissertators - Junior Researcher of the Department of Demography and Population Geography of Azerbaijan Beyimkhanim Huseynova, Aslan Babakhanov , as well as Bachelor Safarli Sona and Master Minaye Alekberli. Interesting presentations presented by the Azerbaijani participants were highly appreciated by the organizers. As part of the school, the Georgian side organized a field experience for students from the Dmanisi, Megrelian and Svaneti regions of Georgia.

At the end, the participants were awarded certificates.