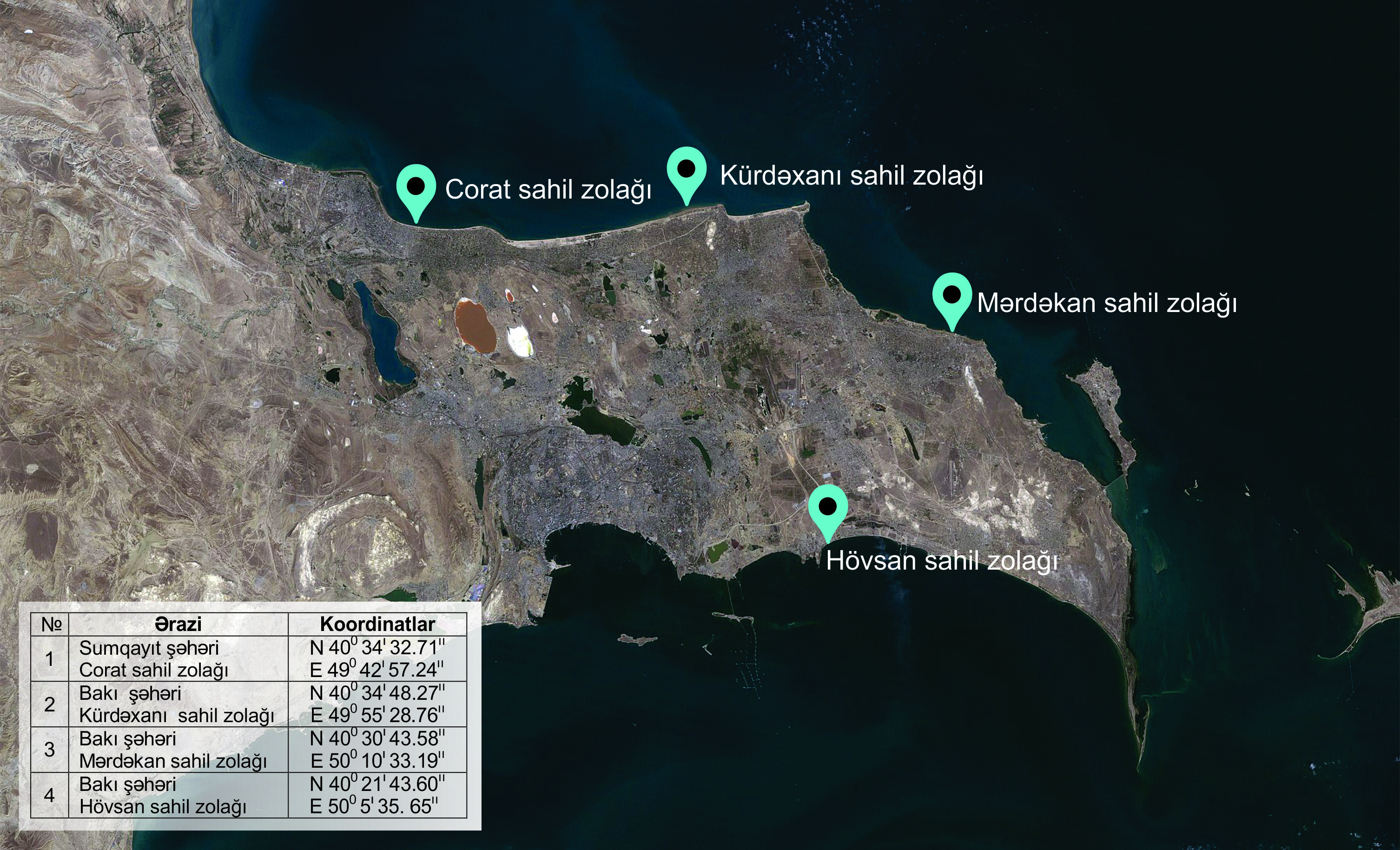 Ramin Atakishiyev, specialist of the Department of Caspian Hydrometeorology of the Institute of Geography named after Academician G.A.Aliyev, together with employees of the Department of the Caspian Integrated Environmental Monitoring, conducted studies using an unmanned vehicle on some sections of the coastline of the Apsheron Peninsula (the village of Jorat in the city of Sumgayit, the villages of Kurdakhany, Mardakan and Hovsan Baku city).

The purpose of the study is to know the causes of the appearance of various shades of color in the coastal areas of the Caspian Sea as a result of external interventions in pre-selected areas and to assess the pollution status of these areas.

He also pointed out that the level of water pollution and the number of pathogenic bacteria were determined according to the results of chemical and microbiological analyzes carried out on a sample of sea water taken at a certain distance from the coastline.